“If liberty means anything at all, it means the right to tell people what they do not want to hear,”
George Orwell wrote as a preface to his novel, Animal Farm.

This is particularly true of the idea to make ecocide a crime which has been around since the 1950s. Ecocide was almost included as one of the international Crimes Against Peace alongside Genocide but dropped at the eleventh hour – probably due to the opposition of some governments. The only reference which remained inside the Crimes Against Peace is the mentioning of “widespread, long-term and severe damage to the natural environment” as a War Crime (Rome Statute, Art 8, 2 b, iv) – creating the absurd situation that ecocide is nowadays a crime in war time but not during peace. We believe this must change and the below history illustrates that ecocide has been discussed by the academia as well as the relevant UN committees – all it needs is political will and a citizens movement to make it happen.

The first person to openly discuss ecocide was Professor Arthur Galston, the scientist whose research led to the invention of Agent Orange, the toxic which was to devastate Vietnam during its war. Speaking in Washington, D.C. in 1970 before the Conference on War and National Responsibility, he called for a new international agreement to ban ecocide which he defined as: “… devastation and destruction which aim at damaging or destroying the ecology of geographic areas to the detriment of all life, whether human, animal or plant.”

His voice found a kindred spirit in 1972, when Swedish Prime Minister Olof Palme – addressing the United Nations Conference on the Human Environment in Stockholm (which established the UN Environment Programme, or UNEP) – cited the ongoing war in Vietnam as an “outrage sometimes described as ecocide”. Interestingly, Vietnam also introduced ecocide as domestic crime in 1990.

Only one year later, Richard Falk, Princeton University’s professor emeritus of international law, established that intent was basically irrelevant when it came to framing responsibility for environmental damage because most cases stemmed from another objective, be it profit or military advantage. This framework lent Falk’s 1973 Ecocide Convention draft policy even more authority and made it more effective internationally than the Genocide Convention would ever be. 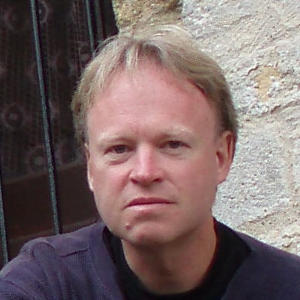 Research undertaken in 1988 by Canadian-Australian lawyer Mark Gray and published in 1996 established the legal basis for the proposed crime of ecocide by delivering the proof that the established principles of international environmental and human rights law support such a crime.

The 1993 draft of the Code of Crimes Against the Peace and Security of Mankind (precursor to the 1998 Rome Statute establishing the Crimes Against Peace) included a crime of ecocide. However, by the time the Rome Statute was adopted, ecocide had disappeared from the draft. Only three countries are on record as having opposed its inclusion; namely the Netherlands, the United Kingdom and the United States of America. Reasons for this are unknown but there is a suspicion that nuclear arms were in the minds of those opposing the inclusion of the crime of ecocide.

So the four adopted Crimes Against Peace are: Crimes Against Humanity, Genocide, War Crimes, and Crimes of Aggression. The only remaining reference to ecocide is Article 8, 2, b, iv of the Rome Statute which refers to the “widespread, long-term and severe damage to the natural environment” as war crime – however, given the AND (in contrary to our proposed OR definition) it has so far not been possible to prosecute anyone for this crime which is extremely difficult to prove.

In 2010, lawyer Polly Higgins took up the challenge and submitted her proposal to the UN Law Commission to include ecocide, the Missing 5th Crime Against Peace, into the Rome Statute.

In 2012, we, a group of EU citizens, took up the challenge to mobilise one million Europeans around the issue and to propose an ecocide law in Europe and beyond.

The law of ecocide is a law whose time has come. We can make it happen today, All it needs is political will. But politicians need to be pushed. And that’s why we need a citizens’ movement. Join us today by voting here, share this with your networks and get in touch if you want to get involved.