Scientists Reviewed 343 Studies to see if Organic Food is Better for you. Here’s what they Found Out

This settles the debate over organic foods.

Are organic foods really healthier than non-organic foods? Researchers from Newcastle University in England have reviewed and conducted meta-analysis on 343 peer-reviewed scientific studies in an effort to find out if organic foods contained greater nutritional value than conventional foods. The results will probably shock some, but will confirm what many people already knew; organic foods are indeed much healthier for human consumption than ‘conventional’ foods. Image credit: USDA

The study looked at existing research that had been conducted on the differences between organic and conventional foods, finding that there were some significant variations in the nutritional value between the two.

END_OF_DOCUMENT_TOKEN_TO_BE_REPLACED

This 17-minute video, “Cows and Keyline” discusses the use of cattle and the Yeomans Keyline plow as the quickest, cheapest, and safest way to restore desert grasslands.

It also documents a project to repair a gully formed by an old road.

Aerial photography provides graphic comparisons of the result of poisons versus planned grazing and subsoiling using Keyline principles, the Australian method of water management in deserts.

Seeds Of Death (Facts on Monsanto) 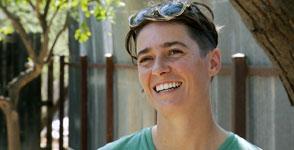 Many locals have become passionate about harvesting that rain. Logan Byers is one of them. She is a local landscape designer, and sees the connection between life and rain. END_OF_DOCUMENT_TOKEN_TO_BE_REPLACED

Natural Farming, from Dirt to Abundance in 126 days